News
You are here: Home / News

The suffering of innocent people on both sides, the displacement of millions and the catastrophic  loss of life, is an appalling violation of human rights and cannot be condoned by us.   We must stand  together as human citizens of this planet and act to assist those caught up in this devastating war. The  emotional and mental impact on all involved cannot be underestimated and it is imperative that we  oppose tyranny and support democracy at every opportunity, with a fervent wish for a speedy resolution to this awful conflict.

Booking is now open for the FTAI and AFT joint online conference to be held on the 28th January 2022.

·      Personal Professional Development in Systemic Family Psychotherapy training and beyond

The event will be delivered via Zoom and the conference will also count towards CPD. Details of timetable and booking information can be accessed by clicking link below.
https://www.cognitoforms.com/MintEventsLtd1/FTAIAFTJointConference2022?v2

Psychotherapy Off the Couch

The Pandemic Effect on Your Psyche with Trish Murphy

WHO Mental Health Considerations during Covid-19

Let the child/young person’s questions and their age guide as to how much information to provide:

• very young children need brief, simple information and reassurance that they are safe and that the people they care about are safe. They may ask Will I get sick? Will granny/grandad die?

• older children may need help to separate reality from rumour and fantasy. Either provide or direct them to where they can find accurate, and factual information about the current status of COVID-19. Having such knowledge can help them feel a sense of control

• if they are anxious, let them talk about their feelings and guide them in reframing their thoughts and concerns to a more helpful way of thinking

• it is very typical for younger children to ask a few questions, return to playing and then come back with further questions

In these uncertain times, many people are worried about the impact of Covid-19 on their finances.
The link below may also be of some assistance in relation to social welfare payments.

Contemporary approaches have brought a ‘breath of fresh air’ into the systemic field through creating forward looking practices, de-emphasizing problems and restraints, whilst emphasizing resources and possibilities.
I created a PPRRactice map which, when combined with self and relational reflexivity (Burnham 1993 and 2005) can be used to create a workable fit between client and therapist, or therapist and supervisor. It becomes possible to plot a unique pathway from ‘problem to possibility’ for each client/supervisee when they are seeking to ‘wrestle with what restrains them’ and ‘embrace the resources that can sustain them’ along this pathway.

5 CPD points apply to each workshop

Click on link below for further details and application form

Family therapy can serve individuals, couples and families. As the article below states- not everyone needs to be there all the time, – people can attend in ones and twos, but it can open up conversations that really go a long way towards recovery.

Kate Middleton’s brother, James Middleton, is opening up his struggles with depression—and how his sister, the Duchess of Cambridge, dropped everything to help with his recovery.

In a new interview with The Telegraph, James described his personal battle with depression, which he, like many people, kept to himself for a long time. When James realized he needed help, however, he went to a private psychiatric hospital, where he voiced the fact that he was dealing with suicidal thoughts for the first time.

RELATED STORY
James Middleton Speaks Out About His Depression

“I remember thinking, ‘I might have to answer this one truthfully, because I want them to help me,'” he explained of confronting the doctor’s questions about suicidal ideation. “So I said, ‘Well, actually, yes, but I don’t think I’ll ever action it.’ In my report it said I had suicidal thoughts but wasn’t a threat to myself.”

Once James reached out and made a point to be honest about what he was going through, his journey to recovery (which included nearly a year of cognitive behavioral therapy) could begin.

“Before I started it I was completely lost,” he said, describing therapy as like, “sitting in a chair with a ball of wool made up of eight different colors, and then a therapist is sitting opposite you with a needle untangling it. When we started mapping everything out, and it was on a page, it was absolute chaos.”

Kate and James Middleton arriving at a concert in 2007.

James didn’t have to tackle the recovery process alone though. His entire family—including his very famous (and very busy) sister, Kate—joined him in family therapy sessions to support him.

“All of them,” he said, confirming that Kate took part in the therapy process with him. “Not necessarily at the same time, but either individually and [sometimes] together. And that was so important because that helped them understand me and how my mind was working. And I think the way the therapy helped me was that I didn’t need my family to say, ‘What can we do?’ The only thing they could do was just come to some of the therapy sessions to start to understand.” 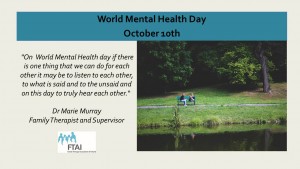