You are here: Home / News / Events

Parking is at half price in St. Stephen’s Green Centre and is available for as long as you want and the most you pay is €10 (i.e. it is capped at €10)

Continuing Professional Development (CPD) = 2 hours. CPD certificates will be issued by the Family Therapy Assoc. of Ireland (FTAI).      See you @ the Systemic Cafe

Click on link below for further details and application form.

Now that the 9th EFTA conference is over and we have had time to recover our energies and reflect on the experience, I am writing to update you on what was a very busy and productive conference for our Irish participants.

First some background –  The European Family Therapy Association (EFTA) is the European association established in 1990 as an international scientific association dedicated to linking and coordinating European national associations, individuals and institutes in the field of family therapy and systemic therapy.  It has three constituent chambers National Family Therapy Organisations (NFTO), Chamber of Individual Members (CIM) and the Training Institutes Chamber (TIC). Each Chamber has an elected board of 7 members and the EFTA board is made up of all three boards. The board has a three-year term with chamber elections being conducted at the congress. Ireland, at the last congress in Istanbul in 2013, was successful in getting two FTAI members elected.  I was elected to the NFTO board and have served as its chairperson for three years, Philip Kearney was elected to the TIC board and served as its secretary. We have had a strong presence and voice in the EFTA board due to the commitment and encouragement of all the current and previous NFTO and TIC representatives.

The 9th EFTA conference was originally due to take place in the Netherlands. However, it migrated to Greece as the high costs associated with the original venue in Amsterdam would have led to a very prohibitive registration fee and put the conference out of reach for many EFTA members, trainees and students. The move to Greece and organising the conference in a shortened time frame of 9 months involved a tremendous effort from both Conference presidents: EFTA president Maria Borcsa and President of ETHOS Mina Todoulou, supported by the executive committee of EFTA of which I am a member, the organising committee which Philip Kearney and myself served on, and the scientific committees of the conference.

With the goodwill and effort of the Greek organisers, the conference was successful in attracting many participants with over 1500 registered participants from 44 countries and 5 continents. What was so encouraging was the many students and trainees that were a very visible presence at the conference.  The tone of the conference was set by the sun drenched opening ceremony conduced in the Dora Stratou open air theatre and while the plenary halls were very congested for some of the keynote speakers, in general the organisation was very good.

We had eleven presenters from the island of Ireland attending and presenting at the conference.  Our colleagues were involved in chairing symposiums and open forums to speaking in invited symposium and presenting their work in workshops and brief communications.  The opportunity to network and make connections in the broader systemic community provided by the conference was significant both at the academic events and at the many systemic cafes and social events organised as part of the program.

The elections to the EFTA boards took place on Thursday the 29th September at the conference. I had been nominated by FTAI as a candidate for the NFTO chamber board and Dr Valerie O’Brien was nominated by the Clanwilliam institute as a candidate for the TIC Board.  Election to the boards is not an easy task – to be elected in the NFTO chamber you must gain votes from 29 other countries and in   the TIC chamber election from 120 training institutes across Europe.   I am delighted to report that we were both elected on to the respective boards.  This was an excellent result. The NFTO board have also elected me as the chairperson for the next three years.  The EFTA board elected Dr Rodolfo De Bernart to serve as the next EFTA president and now we begin the work for the next three years. I must say this continuing strong Irish presence at the centre of EFTA would not be possible without the foresight of successive FTAI boards in making the commitment to send our representatives to the EFTA meetings.

Parking is at half price in St. Stephen’s Green Centre and is available for as long as you want and the most you pay is €10 (i.e. it is capped at €10

Parking is at half price in St. Stephen’s Green Centre and is available for as long as you want and the most you pay is €10 (i.e. it is capped at €10)

Jean Manahan CEO of ICP who will speak to us about her progress in dealing with the relevant Departments about Registration;

Deirdre Hayes, a systemic psychotherapist who has lived and worked outside of

Ireland for more than 10 years, and who will offer her personal view on returning to

the Irish systemic community after this time.

Continuing Professional Development (CPD) = 2 hours. CPD certificates will be issued by the Family Therapy Assoc. of Ireland (FTAI).      See you @ the Systemic Café 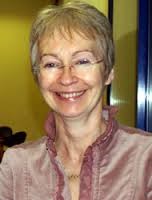 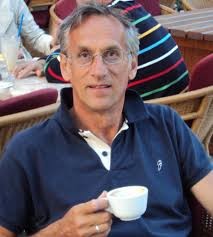 This course provides training in how to implement an attachment narrative based approach to systemic therapy and practice. It is grounded in an integration of modern attachment theory and narrative theory with systemic theory and practice.  The course provides skills based training and consultation to participants’ practice combined with small group work, video illustration of practice and didactic presentation.

Rudi Dallos is professor and Research Director on the D Clin Psychology training programme at the University of Plymouth who has conducted a wide range of family research. He has recently produced the 4th Edn of an Introduction to Family Therapy and has also co-authored a book on Attachment and Family Therapy with Patricia Crittenden.

For more information and to apply please go to http://www.ift.org.uk/workshops-conferences/attachment-narrative-therapy-an-8-day-training/

Who is afraid of the alcohol question in therapy?   Why?

Mary Scully:  Mary worked for many years in a frontline mental health service as a CNS family therapist. Currently working in private practice as Systemic Supervisor and Trainer on the faculty of the Mater family therapy training programme.

Monica Whyte: Monica has worked with alcohol using clients and their families in the public service for many years. A family therapist and  systemic supervisor she currently holds the chair of the NFTO chamber of EFTA.

Brian Raftery :Brian has many years experience in a frontline alcohol service. He is currently engaged in studying for BA in Psychotherapy.

Continuing Professional Development (CPD) = 2 hours. CPD certificates will be issued by the Family Therapy Assoc. of Ireland (FTAI).     See you @ the Systemic Café

Clanwilliam Institute invites applications for the MSc in Systemic Psychotherapy for the 2016/2017 academic year, a four year part-time programme which is available in Dublin and Galway (with sufficient enrolment). This student-centred teaching approach provides a comprehensive approach that draws upon three principal theoretical and philosophical influences of systems theory, social constructionism, and the perspective of ethics.

Clanwilliam Institute is a registered charity, whose mission is to provide high quality accessible services to the general public. The values of excellence, accountability, and transparency guided by ethical rigour and best practices inform all the Institute’s activities.

This programme is academically accredited by QQI and professionally accredited by FTAI and EAP. This comprehensive part-time training in Family Therapy has particular relevance for professionals in the health, social services, education, and related disciplines. Usual requirements for entrance are a primary degree in a field of study in the human sciences. Applicants who are not entitled to direct entry may be considered for entry on the basis of their prior learning.

We are currently accepting applications for this programme with application and relevant information available at http://www.clanwilliam.ie/msc-in-systemic-therapy/ and any enquiries can be addressed to the Clanwilliam Institute at 01 67613663 or to trainingadmin@clanwilliam.ie.

We are holding an information evening on April 20, 2016 starting at 16:30. If you would like, you can express your interest for the evening or the programme by contacting us.